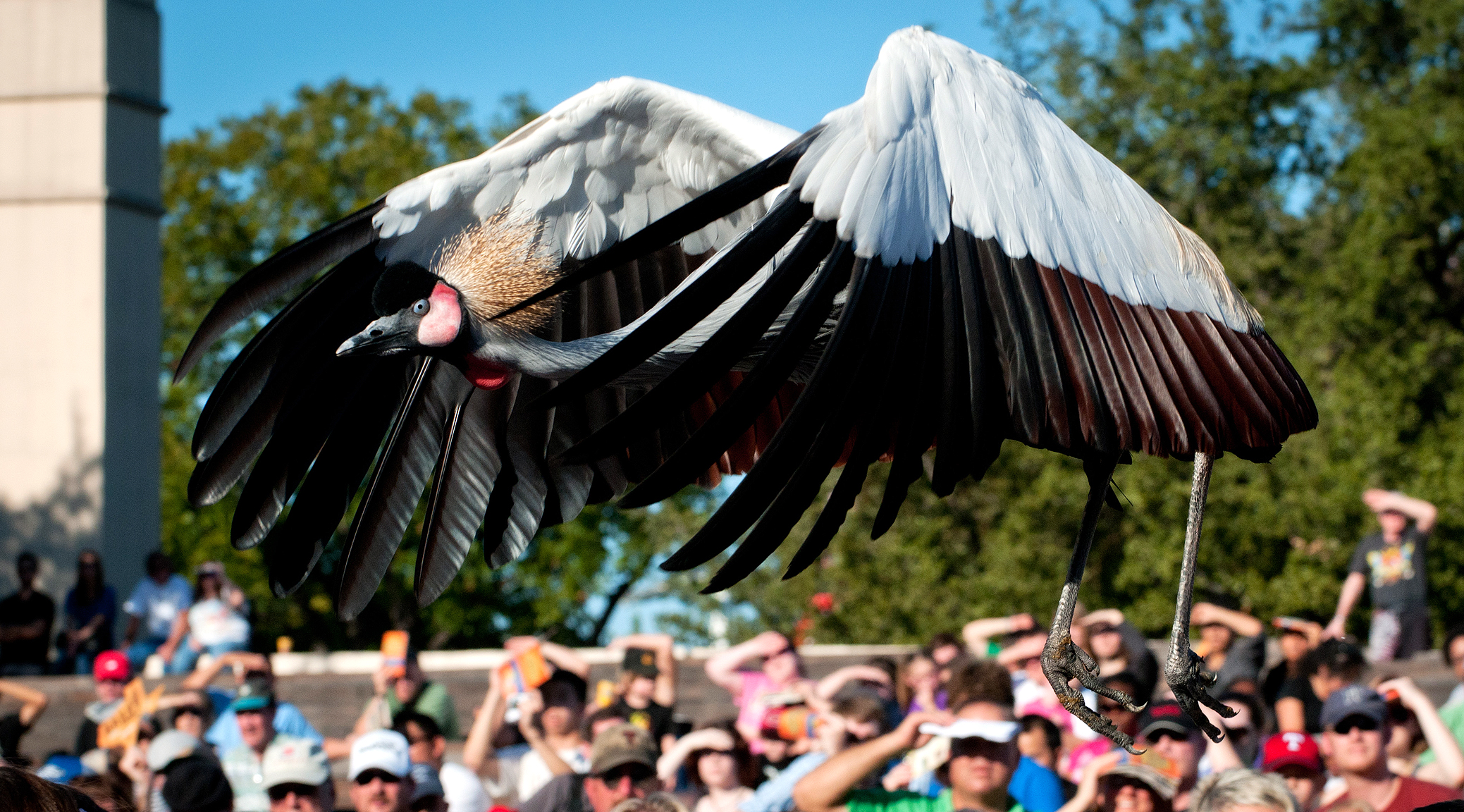 Leaders in Animal Training and Presentation

Steve Martin a well-known animal trainer. In 1976 he set up the first bird show of its kind at the San Diego Wild Animal Park. His use of non-traditional, free flight birds combined with an inspiring conservation message set this show apart from all other animal shows. Four years later, Steve left the Wild Animal Park to establish “The World of Birds Show, Inc.” and present his programs at zoos across the United States. 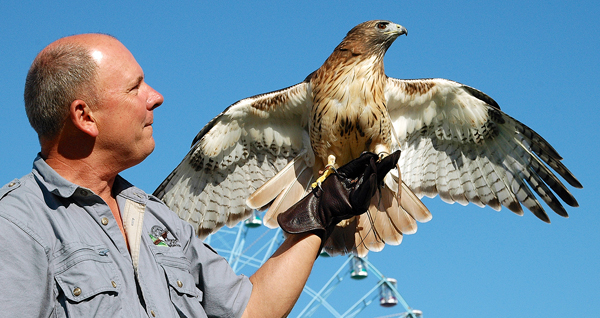 In 1991, The World Of Birds Show, Inc. was renamed Natural Encounters, Inc. (NEI). This new name better defined the direction and goals of the company, which are to Engage, Inspire, and Empower people at their shows through the exhibition of animals demonstrating natural behaviors, carefully designed dialogue, and entertaining choreography. These shows now entertain and educate millions of people each year.

NEI’s animal training expertise has grown far beyond birds. Steve’s history of training free-flight birds had a profound effect on preparing him for training other species in zoos and aquariums. Perhaps the most important influence on his training ability was knowing that the consequence of a poor training decision could result in the loss of his animal … it could just fly away! This unique liability forced him to develop insights, skills and scientifically sound training strategies that might not have been as important if he were training animals confined in enclosures.

Natural Encounters, Inc. quickly grew from a bird show provider to a company specializing in animal behavior and visitor experience. In 1988 NEI began consulting on zoo-wide animal behavior issues and teaching keepers the art and science of animal training. Steve and his staff at NEI have now trained hundreds of species, from marmosets and elephants to reptiles and fish, and have taught their animal training techniques to thousands of people around the world.

Throughout the zoological community, demand for establishing behavior management programs has increased. In response, NEI has brought together the most experienced, cross-disciplinary behavior management training and program development team available. These professionals come from the fields of animal training, biology, psychology, behavior analysis, theater, and show production. Their expertise encompasses a wide breadth of taxa found in zoological collections. In addition to the project leaders and consulting staff, NEI also employs over thirty full-time animal trainers.